Recognizing that homophobia manifests itself in many forms over time, Fone (emeritus, CUNY), compiler of the definitive Columbia Anthology of Gay Literature and author of the highly acclaimed novel ... Read full review

Byrne Fone, a pioneer in the teaching of gay and lesbian studies, is the author of three previous books (including A Road to Stonewall) as well as editor of The Columbia Anthology of Gay Literature. Professor emeritus at the City University of New York, he lives in Hudson, New York. 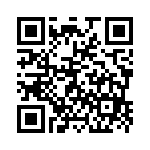