The content of this book was quite interesting, but the book still seemed to act like a double dose of Tylenol PM. I think this is largely due to the fact that this novel is very poorly written. The structure of the book is just awful. Read full review

In an attempt to cover everything, Strieber manages to only skim many of the issues and themes of the novel. Characters emotions are unrealistic; there seems to be no degrees of emotions, i.e ... Read full review

WHITLEY STRIEBER is the author of over twenty novels and works of nonfiction among them The Wolfen, The Hunger, Communion, and The Coming Global Superstorm (with Art Bell), which was the inspiration for the film The Day After Tomorrow. 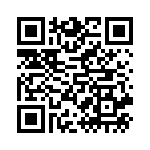