Shai J. Lavi teaches law and sociology at Tel-Aviv University. His research lies at the crossroads of culture, philosophy, and law. 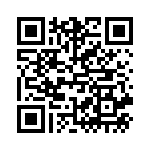