Hal Penninger graduated in 1955 from Columbia Union College, formerly Washington Missionary College. While in Muskegon, Michigan, he was asked to assist with the Radio Program, "The Hour of Hope." For three years he prepared various series of Sunday morning half-hour programs. After retirement to the mountains of East Tennessee, he decided to start another radio program called "Faith Bible School." Since 1988, Hal has been writing books including Preachers' Parables and Illustrations, Shut Up To Silence - based on a part of a poem written in his Bible, by Elder W.R. Elliott, and an autobiography on his life. He has another series which he is now working on called Walking With God, taken from his file of Radio Programs. It starts with Enoch, who "was not for God took him. 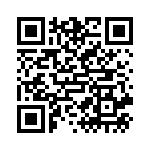