Page 12
He was displeased , and said , a man had been at his house , and toid him I had
prophesied lies ; that , if it were so , it could not be from God ; and I was
committing the fin against the Holy Ghost , and , he doubted not , I should lole my
senses .
Page 99
I said the buildings I would soon destroy ; But let the meaning men for to enjoy ,
The devil's wisdom he in them had plac'd , But now be wise , O all ye fallen race :
For as that mystery you did not see plain ; Then now by Bruce the same you do ...
Page 21
He did not know what I had done ; but faid he was in hopes he should have his
land which he was heir to in Hertfordshire , 30 miles from London ; as he said the
old Christmas day at midnight he thought he was quite awali , when a voice ... 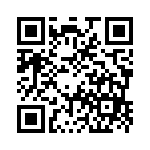