Gordon Teskey is Professor of English at Cornell University. He is co-editor, with George M. Logan, of Unfolded Tales: Essays on Renaissance Romance, also from Cornell. 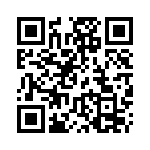