Poet and author Paul Metcalf, the great-grandson of Herman Melville and a student of Conrad Aiken and Charles Olson, was the celebrated author of more than twenty books, including Apache, Patagonia, and >The Middle Passage. Metcalf died in January 1999 at the age of eighty-one.

John Casey is the Henry Hoyns Professor of Creative Writing at the University of Virginia and won the National Book Award for his novel Spartina. 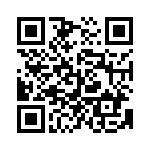