Page 62
Zooids elongate , oval or irregular , rather flat . ... Adventitious avicularium arising
laterally at base of peristome , directed proximally , laterally or medially , typically
single , occasionally , paired ; rostrum slender , elongate , up to 0 , 15 mm long ...
Page 86
Avicularia sporadically developed on frontal wall , one , two or more per zooid ,
either short , with a rounded rostrum bearing a semicircular mandible , a thick
cross - bar and stout columella , or more elongate , almost bispatulate , with a
semi ...
Page 93
Remarks In later ontogenetic stages the marginal pores of the zooids are
particularly distinct , appearing as elongate tubular structures within the rather
vitreous calcification , and appear to be associated with the production of
numerous small ... 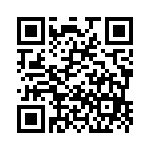