It would no doubt discomfit Dawkins to know that I revere the words he writes with an almost religious zeal. I love his belligerence, I love his conviction, I love his passion. And I believe he's ... Read full review

Delightfully stimulating essays about a good variety of topics. Some (justified!) distrust of relativism and pseudoscience, but also tender loving parts and waxing philosophical about science, his friends, and family. Read full review

Page 13 - There is grandeur in this view of life, with its several powers, having been originally breathed by the Creator into a few forms or into one; and that, whilst this planet has gone cycling on according to the fixed law of gravity, from so simple a beginning endless forms most beautiful and most wonderful have been, and are being evolved.
Appears in 712 books from 1820-2008
Page 10 - Let us understand, once for all, that the ethical progress of society depends, not on imitating the cosmic process, still less in running away from it, but in combating it.
Appears in 396 books from 1382-2008
More
Page 18 - Science is, I believe, nothing but trained and organized common sense, differing from the latter only as a veteran may differ from a raw recruit : and its methods differ from those of common sense only so far as the guardsman's cut and thrust differ from the manner in which a savage wields his club.
Appears in 112 books from 1870-2008
Less

Richard Dawkins taught zoology at the University of California, Berkeley, and at Oxford University. He was the Charles Simonyi Professor of the Public Understanding of Science at Oxford until 2008, a position he founded in 1995. Among Dawkins’s books are The Ancestor’s Tale, The Selfish Gene, The Blind Watchmaker, Climbing Mount Improbable, Unweaving the Rainbow, and A Devil’s Chaplain. He lives in Oxford with his wife, actress and artist Lalla Ward. 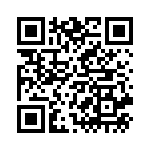