Page 1
Some of the things which are here related he might learn from them , particularly what took place in the early part of Christ's public ministry ; the rest he might learn from his own observation , from attending Christ as one of his ...
Page 3
... and that he should continue in office for life . But Luke says here that there were two high priests at this time . To account for this language , it has been but one . observed , that the high priest possessing Luke iii . l -.
Page 4
but one . observed , that the high priest possessing the chief civil power under the Romans , it was usual for them to remove him , whenever he did not give satisfaction , and to put another , but of the same family , into his place .
Page 13
The disorder with which this person was afflicted , as We have already observed , was madness , but accompanied , as appears hence , with epileptic fits , which are often the consequence of long continued insanity * .
Page 29
Even in our own country this ceremony is observed towards the prince . This mark of respect Simon had not paid to Jesus * . 46. Mine head with oil thou didst not anoint ; but this woman hath anointed my feet with perfume .
Next »

Page 106 - Either what woman having ten pieces of silver, if she lose one piece, doth not light a candle, and sweep the house, and seek diligently till she find it ? And when she hath found it, she calleth her friends and her neighbours, together, saying, Rejoice with me ; for I have found the piece which I had lost. Likewise, I say unto you, there is joy in the presence of the angels of God over one sinner that repenteth.
Appears in 837 books from 1755-2008
Page 429 - The Jews then which were with her in the house, and comforted her, when they saw Mary, that she rose up hastily and went out, followed her, saying, She goeth unto the grave to weep there.
Appears in 674 books from 1755-2008
More
Page 387 - Yet ye have not known him; but I know him: and if I should say, I know him not, I shall be a liar like unto you : but I know him, and keep his saying. 56 Your father Abraham rejoiced to see my day: and he saw it, and was glad.
Appears in 727 books from 1701-2008
Page 593 - Then came the soldiers, and brake the legs of the first, and of the other which was crucified with him. 33 But when they came to Jesus, and saw that he was dead already, they brake not his legs...
Appears in 1047 books from 1747-2008
Page 44 - Woe unto thee, Chorazin! woe unto thee, Bethsaida! for if the mighty works had been done in Tyre and Sidon, which have been done in you, they had a great while ago repented, sitting in sackcloth and ashes.
Appears in 531 books from 1701-2007
Page 275 - The woman answered and said, I have no husband. Jesus said unto her, Thou hast well said, I have no husband...
Appears in 759 books from 1755-2008
Page 408 - To him the porter openeth ; and the sheep hear his voice : and he calleth his own sheep by name, and leadeth them out. And when he putteth forth his own sheep, he goeth before them, and the sheep follow him : for they know his voice. And a stranger will they not follow, but will flee from him : for they know not the voice of strangers.
Appears in 690 books from 1721-2008
Page 104 - What man of you, having an hundred sheep, if he lose one of them, doth not leave the ninety and nine in the wilderness, and go after that which is lost, until he find it ? And when he hath found it, he layeth it on his shoulders, rejoicing.
Appears in 1119 books from 1755-2008
Page 365 - This they said, tempting him, that they might have to accuse him. But Jesus stooped down, and with his finger wrote on the ground, as though he heard them not.
Appears in 698 books from 1755-2008
Page 328 - And they said, Is not this Jesus the son of Joseph, whose father and mother we know ? how is it then that he saith, I came down from heaven ? 43 Jesus therefore answered and said unto them, Murmur not among yourselves.
Appears in 864 books from 1755-2008
Less 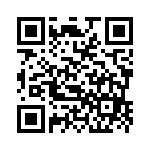