Howard D. Weinbrot is the Ricardo Quintana Professor of English and William Freeman Vilas Research Professor in the College of Letters and Science, University of Wisconsin-Madison. 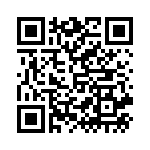