Stephen C. Behrendt has written extensively on Romanticism and Romantic poetry. He is the George Holmes Distinguished Professor of English at the University of Nebraska. 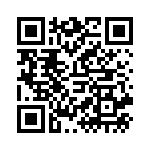