Spurgeon provides many Bible verses and comments on them. Those are the kind of books I like to read because the Word of God endures forever. Read full review

Am still in a detailed study of this book with 3 other friends meeting weekly on Friday mornings to discuss each chapter. We have so far found it to be a wonderful study of God's words on prayer. Read full review

Charles Haddon Spurgeon was born on June 19, 1834, at Kelvedon, Essex, England, the firstborn of eight surviving children. His parents were committed Christians, and his father was a preacher. Spurgeon was converted in 1850 at the age of fifteen. He began to help the poor and to hand out tracts; he was known as "The Boy Preacher." His next six years were eventful. He preached his first sermon at the age of sixteen. At age eighteen, he became the pastor of Waterbeach Baptist Chapel, preaching in a barn. Spurgeon preached over six hundred times before he reached the age of twenty. By 1854, he was well-known and was asked to become the pastor of New Park Street Chapel in London. In 1856, Spurgeon married Susannah Thompson; they had twin sons, both of whom later entered the ministry. Spurgeon's compelling sermons and lively preaching style drew multitudes of people, and many came to Christ. Soon, the crowds had grown so large that they blocked the narrow streets near the church. Services eventually had to be held in rented halls, and Spurgeon often preached to congregations of more than ten thousand. The Metropolitan Tabernacle was built in 1861 to accommodate the large numbers of people. Spurgeon published over thirty-five hundred sermons, which were so popular that they sold by the ton. At one point, twenty-five thousand copies of his sermons sold every week. The prime minister of England, members of the royal family, and Florence Nightingale, among others, went to hear him preach. Spurgeon preached to an estimated ten million people throughout his life. Not surprisingly, he is called the "Prince of Preachers." In addition to his powerful preaching, Spurgeon founded and supported charitable outreaches, including educational institutions. His pastors' college, which is still in existence today, taught nearly nine hundred students in Spurgeon's time. He also founded the famous Stockwell Orphanage. Charles Spurgeon died in 1892, and his death was mourned by many. 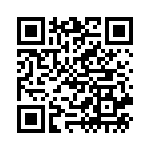