Page 90
Another general assembly was held in London from the 2nd to the 8th of June , 1691 ; in which the same methods were used for the happy settlement , firm peace , and well being of the churches , for which they were immediately concerned ...
Page 91
their assemblies , besides a great number of general baptist churches , which in like order and manner , had their general assemblies , and the same is continued amongst them , and held in London at Whitsuntide to the present times .
Page 513
Clear Increase 1 . sin against the Holy Ghost , from The next association is to be Matt . xii , 31 , 35 , and concluded . held at Cwmfelin ; the second Met again at 2 . Brother T. Tuesday Wednesday and Thurs- Thomas of Aberduar prayed ... 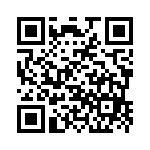