Arthur Lupiais Varian Collegiate Professor of Political Science at the University of Michigan, Research Professor at the Institute for Social Research, and Principal Investigator of the American National Election Studies. 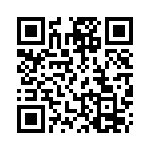