Eric S. Rabkin teaches in the Department of English at the University of Michigan. He is the author (and editor) of more than 30 books on science fiction and writing, including Science Fiction: A Historical Anthology and The Fantastic in Literature, and more than 100 articles in scholarly and mainstream media. 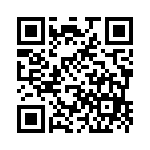