Knocking down barriers: my fight for Black America

The last surviving member of the Roosevelt-Truman administration's "Black Cabinet" recalls his work, primarily in the long, bitter struggle to desegregate the armed forces but also in a varied and ... Read full review

The last surviving member of Truman's "Black Cabinet" tells of waging the war for civil rights-as a lawyer, a boxing promoter, an entrepreneur, and a black man committed to justice

Sixty years ago, when Truman Gibson reported for duty at the War Department, Washington, D.C. was a southern city in its unbending segregation as well as in its steamy summers. Gibson had no illusions, but as someone who'd enjoyed the best of the vibrant black culture of prewar America, he was shocked to find the worst of the Jim Crow South in the nation's capital. What Gibson accomplished as an advocate for African American soldiers-first as a lawyer working for the Secretary of War, then as a member of President Truman's "Black Cabinet"--is a large part of the history of the struggle for civil rights in the American military; and it is a compelling part of the story that Gibson tells in this book, a memoir of a life spent making a difference in the world one step at a time.
A graduate of the University of Chicago Law School, Gibson took his fight for racial justice to the corridors of powers, arguing against restrictive real estate covenants before the U.S. Supreme Court, opposing such iconic figures as Generals Dwight Eisenhower and George C. Marshall in campaigning for the integration of the armed forces, and challenging white control of professional sports by creating a boxing promotion empire that made television history. A firsthand account of the nitty-gritty of twentieth-century race relations in the worlds of law, the military, sports, and entertainment, Gibson's memoir is also an engaging recollection of encounters with the likes of Thurgood Marshall, W. E. B. DuBois, Eleanor Roosevelt, George Patton, Jackie Robinson, and Joe Louis, among others. As a historical record and as an intimate look at a bygone era with all its charms and hardships, the book is an essential chapter in our nation's story. 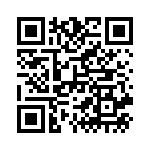