Page 177
20 Material Holotype. SAM-PQ-KN530, almost complete specimen, length 52,5
mm, greatest width 27,3 mm, Koingnaas KL south face. Non-type material. SAM-
PQ-KN307, 3 fragments (body whorls, somewhat worn), Koingnaas KL south face
.
Page 178
Although the holotype of T. arenae shows some wear on the axial ridges and
tubercles, these are still more rounded than in the West African species. Also, the
anterior canal is more defined in the latter species. Etymology The specific name,
...
Page 229
In describing new species, one specimen must be designated as the holotype;
other specimens mentioned in the original description are to be designated
paratypes; additional material not regarded as paratypes should be listed
separately. 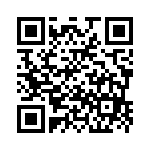