A BOOK OF COMMON PRAYER

More sad songs—replay them as they lay—in the shimmering oblivion of empty glasses down in Boca Grande (Central America) where Charlotte, another Maria, comes to stay before she is killed ... Read full review

JOAN DIDION is the author of five novels, ten books of nonfiction, and a play. Her book The Year of Magical Thinking won the National Book Award in 2005. She lives in New York. 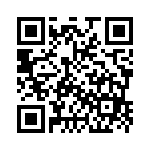