Page 235
The south - west Indian Ocean specimens differ only in having a thinner ,
sometimes ridged , non - porcellaneous theca , and some specimens have an
intact base . It is suggested that two similar species may be involved : one very
similar , if ...
Page 255
Viewed from the side , the corallum is triangular with a gently rounded base .
Costae equal in width ( 0,15-0,17 mm ) , rounded , and smooth , only the principal
Ci and their adjacent C4 being somewhat granular ( Fig . 8H ) . Most costae ...
Page 258
Costae smooth , flat , and oriented vertically , most continuous from calice to base
. In well - preserved coralla , 12-14 costae slightly overreach the base and meet
their counterparts from the opposite face . Costae alternate in width near ... 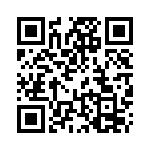