Sergius Bulgakov (1871-1944) is widely regarded as the twentieth century's leading Orthodox theologian. His other books include Relics and Miracles, The Unfading Light, The Burning Bush, The Lamb of God, The Comforter, Jacob's Ladder, and Churchly Joy (all Eerdmans). 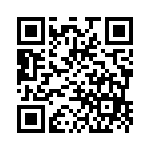