James D. Faubion is Associate Professor of Anthropology at Rice University. He is the editor of Rethinking the Subject and Modern Greek Lessons: A Primer in Historical Constructivism (Princeton). 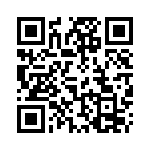