Like many Christians, Gary, formerly a convinced evolutionist, had difficulty upon his conversion in reconciling the so-called "facts" of evolution with the Bible. His journey has now led him to be fully affirmed in the truth of God's Word. As the former leader of the Western Australian Support Group of Answers in Genesis, Gary was at that time the only fully accredited AiG speaker in Australia who was "non-staff" (voluntary). He has been ministering this message to churches for almost 15 years, and now works full-time for AiG in Brisbane as the Head of Ministry Development. 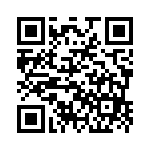