Anthropologist and folklorist Alan Dundes was born in 1934 in New York City. He received his BA in English in 1955 and his MAT in English in 1958, both from Yale University. He received his Ph.D in Folklore from Indiana University in 1962 and in 1963 he joined the teaching staff at the University of California, Berkley. He wrote over 250 journal articles and12 books and co-wrote more than 20 other books. In 1993, he became the first American to win the Pitre Prize's Sigillo d'Oro, which is an international life-time achievement award in folklore and ethnography. He died of a heart attack on March 30, 2004 at the age of 70. 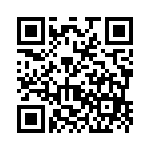