Page 20
The gulars are small , rounded and granular , whereas the belly scales are
smooth , flat , cycloid , imbricate , and at least twice the size of the gulars . The
scales beneath the proximal portion of the tail are almost twice the size of those
on the ...
Page 21
Colour Superficially , there may appear to be sexual dichromatism ; seven of
eight adult males were boldly striped , whereas most females ( five of seven ) and
all juveniles ( two ) and hatchlings ( two ) were uniformly coloured . However ...
Page 22
... 1 Phyllodactylus n . sp . , 4 Pachydactylus bibronii , 1 Pachydactylus n . sp . , 4
Ptenopus garrulus , Agama aculeata . ' The two lists differ only in that the report
mentioned two specimens of a new species of Phyllodactylus , whereas the ... 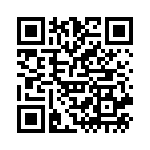