Norman Schofield is Taussig Professor of Political Economy at Washington University in St. Louis. He has served as Fulbright Distinguished Professor of American Studies at Humboldt University Berlin in 2003-04, a Fellow at the Center for Advanced Study in the Behavioral Sciences at Stanford in 1988-89, and Shrman Fairchild Distinguished Scholar at the California Institute of Technology in 1983-84. Professor Schofield is the author of Mathematical Methods in Economics and Social Choice (2003), Multiparty Government (coauthored with Michael Laver, 1990), and Social Choice and Democracy (1985). He received the William Riker Prize in 2002 for contributions to political theory and is co-recipient with Gary Miller of the Jack L. Walker Prize for the best article on political organizations and parties in the American Political Science Review for 2002-04. 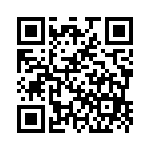