Reviews aren't verified, but Google checks for and removes fake content when it's identified
User Review - Flag as inappropriate

Well, we will have a one world religion. It is written. Pretty sure the outcome in my book doesnt end so well for yall. Read the bible and you can have the truth, power , and salvation. Jesus will return, but not as your savior you claim is coming. That is the antichrist. After the unimaginable horror that will unfold under this leader of “worldwide peace”, it is written that it will last 7 years because any longer and there would be no one left on earth. Those who take the mark will suffer greatly during the tribulation. Please read the word. All of our souls depend on it. Please 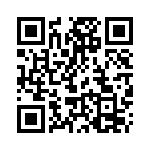