Page 341
THE Red bear , or Snow aris for the purpose of selling bear , as it is sometimes called , the skin , the red bear became of Kashmir and the higher largely nocturnal ; and generHimalayas - Ursus Isabellinus , ally speaking , - seldom to ...
Page 344
The bear yards away , and after a kick proved to be female in or two lie still . He had a wretched coat , which was only very fair coat of silvery brown , to be expected , as it was now which , though somewhat short , well into July .
Page 357
But that a red bear other — a vow which , I am glad will charge when cornered has to say , I have never been been verified more than once ; tempted to break . and the above account shows The bullet , by the way , had that he will do so ...

6 other sections not shown 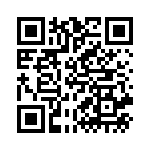