Page 373
Her Majesty's Government , in the person of the dynamic Mr Wedgwood Benn , contributed Ł 47 million to development costs . That was the sole Government commitment ; there was no undertaking , no verbal assurance of any kind , that more ...
Page 374
However , early in 1970 , the Labour Government and , late in 1970 , the Conservative Government , provided respectively Ł 10 million and Ł 42 million , making in all a stake in public money of Ł 99 million . That , Rolls - Royce stated ...
Page 468
There is no obvious solution , no magic nostrum for the troubles of this unhappy country - except , of course , to pull out and leave Ulstermen to slaughter one another , and as yet no British Government has sunk so low .

14 other sections not shown 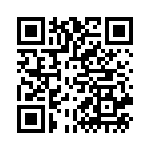