Poet and churchman John Donne was born in London in 1572. He attended both the University of Oxford and the University of Cambridge, but did not receive a degree from either university. He studied law at Lincoln's Inn, London, in 1592, and was appointed private secretary to Sir Thomas Egerton, Keeper of the Great Seal, in 1598. He became an Anglican priest in 1615 and was appointed royal chaplain later that year. In 1621 he was named dean of St. Paul's Cathedral. Donne prepared for his own death by leaving his sickbed to deliver his own funeral sermon, "Death's Duel", and then returned home to have a portrait of himself made in his funeral shroud. He died in London on March 31, 1631.

Peter Porter was born in Brisbane, Australia on February 16, 1929. He moved to London in 1951 and worked as a bookseller and in advertising before writing on poetry for the Observer. In 1961, he published his first collection of poems, Once Bitten, Twice Bitten. His other works include The Cost of Seriousness, Better Than God, and Max is Missing, which won the Forward prize in 2001. His other awards include the Duff Cooper prize, the Whitbread poetry award, and the Queen's Gold Medal for poetry. He died on April 23, 2010 at the age of 81. 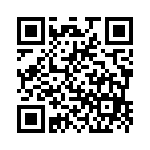