Anthony Seeger is an anthropologist, ethnomusicologist, archivist and record producer. He is the director emeritus of Smithsonian Folkways Recordings and currently teaches ethnomusicology at UCLA. 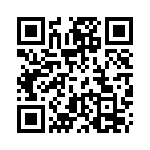