Page 18
The Proverbs of Solomon A wise son maketh a glad father: But a foolish son is
the heaviness of his mother. Treasures of wickedness profit nothing: But
righteousness delivereth from death. The Lord will not suffer the soul of the
righteous to ...
Page 27
Heaviness in the heart of man maketh it stoop: But a good word maketh it glad.
The righteous is more excellent than his neighbour: But the way of the wicked
seduceth them. The slothful man roasteth not that which he took in hunting: But
the ...
Page 28
Containing the Old and New Testaments and the Apocrypha. Righteousness
keepeth him that is upright in the way: But wickedness overthroweth the sinner.
There is that maketh himself rich, yet hath nothing : There is that maketh himself
poor, ...
Page 252
And maketh it after the figure of a man, according to the beauty of a man ; That it
may remain in the house. He heweth him down cedars, and taketh the cypress
and the oak, Which he strengthened for himself among the trees of the forest: He
...
Page 254
And he that formed thee from the womb, I am the Lord that maketh all things ;
That stretcheth forth the heavens alone; That spreadeth abroad the earth by
myself; That frustrateth the tokens of the liars, And maketh diviners mad ; That
turneth ... 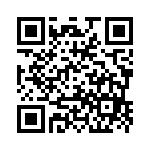