Being very interested in the early history of the Plymouth colony, I have found this book to be an excellent source of information. Presently, my daughter and son-in-law have the good fortune of becoming owners of a property on Saquish. It is an idyllic place to be with the sun setting to the west in the summer evening sky. Time has stood still and my mind flashes back to the early days of the Plymouth colony and it's strong willed people as reflected in this History of Duxbury. 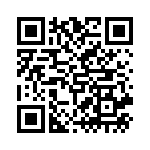