I think it is a wonderful book! I would recommend it to any home schooling family that thinks their education should be centered around God's Word. Although I was hoping for more scripture verses that would back up the defense for home schooling. Read full review

This is a great book! I highly recommend all of Ruth Beechick's books, but this one is fantastic if you want to give your children a God-centered education instead of a "man-centered" one. We are currently using the principles she outlines in our homeschool. Read full review

Ruth Beechick was born in Portland, Oregon, on August 29, 1925. She received an A.B. from Seattle Pacific University in 1947 and an M.A. Ed. (1963) and Ed.D. (1974) from Arizona State University. Initially Beechick moved to Alaska to earn money to finish her college degree. It was possible to teach in Alaska because a teacher shortage made teaching there without a teaching certificate possible. Beechink fell in love with Alaska and continued to live and teach there for about 18 years. She interrupted her stay in Alaska twice, once to return to Seattle to complete her undergraduate degree, and later when she moved to Arizona while working on her Masters. In 1974 she left Alaska again, this time to pursue a doctorate. At the same time, she left teaching to work in the publishing field, initially as an editor of books for children and educational materials. She formed her own company, Education Services, in Colorado in 1987. Beechick has written a series of books on schooling that includes Teaching Preschoolers, Teaching Kindergartners, Teaching Primaries and Teaching Juniors. She is also the author of A Home Start in Reading, An Easy Start in Arithmetic, and A Strong Start in Language, which are about home schooling. She coauthored Language and Thinking for Young Children. Beechick has written A Biblical Psychology of Learning, and authored or coauthored more than 100 books for Christian religious education. She is a frequent contributor to Christian magazines. 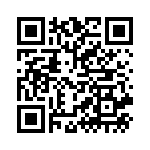