Siglind Bruhn:  A musicologist, concert pianist, and interdisciplinary scholar whose research focuses on compositions of the 20th century. Prior to coming to the United States, she taught for ten years in Germany and at the University of Hong Kong. Since 1993 she has been a full-time researcher at the University of Michigan’s Institute for the Humanities (one of six “Life Research Associates”); in the fall of 2004, she was appointed chercheur permanent at the Institut d’Esthétique des Arts Contemporains at Université de Paris 1–La Sorbonne. She has been an elected member of the European Academy of Arts and Sciences since 2001. 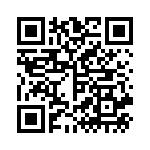