Abraham Lincoln (February 12, 1809 - April 15, 1865) was the 16th president of the United States, serving from March 1861 until his assassination in April 1865. Lincoln led the United States through its Civil War, its bloodiest war and its greatest moral, constitutional and political crisis. In doing so, he preserved the Union, abolished slavery, strengthened the federal government, and modernized the economy. Lincoln was a self-educated lawyer in Illinois, a Whig Party leader and a state legislator in the 1830s. After a series of highly publicized debates in 1858, during which Lincoln spoke out against the expansion of slavery, he lost the U.S. Senate race to his archrival, Democrat Stephen A. Douglas. In 1860, Lincoln secured a Republican Party presidential nomination. His presidential election resulted in seven southern slave states to form the Confederacy before he took the office on March 4, 1861. Lincoln is regarded by historians as one of the greatest United States presidents. During his term, he created the system of national banks with the National Banking Act. This provided a strong financial network in the country. It also established a national currency. In 1862, Congress created, with Lincoln's approval, the Department of Agriculture. Lincoln was able to appoint five Supreme Court justices during his time as president. He is largely responsible for instituting the Thanksgiving holiday in the US. Lincoln's Gettysburg Address of 1863 became an iconic statement of America's dedication to the principles of nationalism, republicanism, equal rights, liberty, and democracy. Lincoln held a moderate view of Reconstruction. On April 15, 1865, six days after the surrender of Confederate commanding General Robert E. Lee, Lincoln was assassinated at the Ford Theater by John Wilkes Booth, a noted actor and Confederate spy from Maryland. Lincoln was married to Mary Todd Lincoln on November 4, 1842. They had four children, all boys. Only the oldest, Robert, survived to adulthood. After Lincoln's death, Robert committed his mother, Mary, for a short time. The death of their children had a profound effect on the mental health of both Lincoln and his wife. 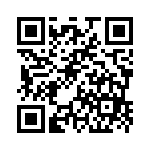