David Baron (1855-1926) was born in Russia and raised in a Jewish family. Following his conversion to Christianity, he co founded The Hebrew Testimony to Israel of London, England. He also wrote numerous books, including The Shepherd of Israel and His Scattered Flock, The Servant of Jehovah, The Ancient Scriptures and the Modern Jew, and The Visions and Prophecies of Zechariah. 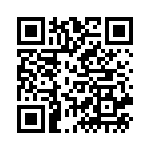