Ashbel Green is vice president and senior editor at Alfred A. Knopf, where he has worked since 1964. He is a 1950 graduate of Columbia College and also holds an M.A. in Eastern European History from the university. Green has edited books by George Bush, Walter Cronkite, Andrei Sakharov, and Gabriel Garca Mrquez, among many others. 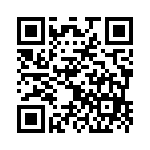