important work for the current day. most of the essays are good, but a few fell into the tired cliches about women being naturally more peaceful than men (um, have you heard of Margaret Thatcher ... Read full review

Stop the next war now: effective responses to violence and terrorism

The editors, cofounders of CODEPINK: Women for Peace, have collected essays, letters, poems, and quotes highly critical of the Iraq war, President Bush, and war and terrorism in general. Their ... Read full review

Medea Benjamin is the founding director of Global Exchange and cofounded codepink with Jodie Evans. She also helped bring together the groups forming United for Peace and Justice. Medea has traveled several times to Afghanistan and Iraq, where she organized the Occupation Watch Center. At the start of 2005 she accompanied military families whose loved ones had been killed in the war to bring a shipment of humanitarian aid to the Iraqi people. In 2000, she was the Green Party candidate for the U.S. Senate from California. Her campaign mobilized thousands of Californians around issues such as paying workers a living wage, providing universal health care, and building schools, not prisons. Medea is a key figure in the antisweatshop movement, having spearheaded campaigns against companies such as Nike and Gap. In 1999, Medea helped expose indentured servitude among garment workers in the U.S. territory of Saipan, which led to a billion-dollar lawsuit against seventeen retailers. She is the author or coauthor of eight books, including the award-winning Don’t Be Afraid, Gringo, and helped produce TV documentaries such as Sweating for a T-Shirt.

Jodie has worked on behalf of community, social-justice, environmental, and political causes for more than thirty years. Her book Twilight of Empire: Responses to Occupation includes her journal entries for trips to Iraq. She serves on the boards of Rainforest Action Network, Drug Policy Alliance, Bioneers, the Garden Project, Community Self-Determination Institute, 826 LA, and the Circle of Life Foundation. A mother of three, Jodie is a harpist, gardener, and potter when not working to end war. 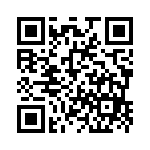