Tim Ursiny, PhD, is the president and founder of Advantage Coaching & Training. He is a psychologist and executive coach/trainer specializing in helping people reach peak performance and happiness. He is the author of Coaching the Sale, The Top Performer's Guide to Change, The Top Performer's Guide to Conflict and The Coward's Guide to Conflict, which has been translated into several foreign languages. He is frequently quoted in such newspapers and periodicals as the Washington Post, Chicago Tribune, San Francisco Chronicle and People magazine. He has also appeared on ABC radio, CNN radio, NBC news and VH-1 News. 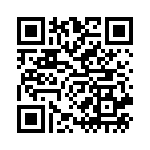