Stephen Orr is an author whose career began as a runner-up in the 2002 Vogel/Australian award. Attempts to Draw Jesus was published by Allen and Unwin in 2002. Since then he has written several other novels, been long- and shortlisted for awards such as the Commonwealth Writersż Prize and the Miles Franklin, and worked as a journalist and teacher. His latest novel, One Boy Missing, was his first venture into literary crime writing. 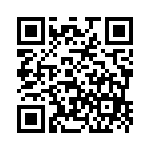