Page 5
... it might bave found him , bring me be fulfilled which was spoken word again ,
that may come of the Lord by the prophet , and worship him also . saying , Out of
Egypt have I 9 When they had heard the called my son . king , they departed ;
and ...
Page 260
38 But Paul thought not 4 And as they went through good to take him with them ,
the cities , they delivered them who departed from them from the decrees for to
keep , that Pamphylia , and went not were ordained of the apostles with them to ...
Page 265
6 And when they opposed 33 So Paul departed from themselves , and
blasphemed , among them . he shook his raiment , and 34 Howbeit certain men
said unto them , Your blood clave unto him , and believed : be upon your own
heads ; I ...

36 other sections not shown 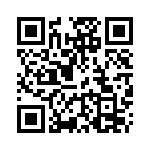