https://books.google.com/books?id=7EIRAAAAIAAJ&source=gbs_navlinks_s
The Original Secession Magazine
J. Maclaren, 1856-55-542015 1022 Researching the Apostles Creed of Without Sense_able Dating and Traditional Lies
Did not Read: However i am reading. And page 23 is exactly the emotional resonance i felt from Bill Cosby in an article with the chorus in quotes of "I Am Tired", while he got many things wrong, his perspective is entirely correct. The TV is the Butt Hole Surfer's song "Pepper", with the coming down like an Avalanche, an Avalanche coming down a mountain. {paraphrased} Because it really is pouring down our throats without a gasp for air. ~ I have a unique perspective because of school in Indiana, where some one in first or second grade told me this one thing in explanation, NEWS.... News is not a word. It is an Anagram. It stands for North East West South. From that memory which really did happen, i am a little conscious of the fact when the "NoteWorthy" content in media communications without making me feel like i am aware of more than one direction. I am very thankful for PBS for bringing me Japan Today, and BBC today, and the for a brief moment Internet who brought me China Today, and then RT, and Aljazeera, etc. But there is a sort of infestation of styles so i kind of withdraw, and remain aware of what i am not hear, and what thoughts of concern i felt but do not see repeating. ~~ [as NoteWorthy or Follow up stories in media. If this is so damn important to bother or assault my ears 24 hours a day for however many days, then why does Editors and Producers not care what the result or progress of this insanely popular story is when something about it can finally happen or change? Fear, Fear, Fear, finally a solution, cure, or successful treatment and no mention in the NEWS or educational informative result? ….]
****
Today's concern is the long held awareness since high school as a member of the First United Methodist Church, when learning about what these good people and myself tend to believe, then the most bizarre thing in my entire life (well short of calvinism not making any sense), okay second most bizarre thing. Why the Fuck would the apostles creed used by the United Methodist Church use or describe a “Trinity” of powers as three separate paragraphs, or much, much, worse use a phonetic "Catholic" then place wait, “?Holy?” and Church around it? I am only in recent years resolving the education mistake that made it easier to stick with Honor your Mom and Dad, and not be converted, to what seemed to suggest the Roman VatiCanus are the Church when they 100% are not “Catholic” or the root of the term, it is a Greek Phonetic first used in or about 451 AD by the Ecumenical Council of the Entire Church in Chalcedon Greece or Turkey. I can not find an earlier phonetic source for the Greek phonetic word "Catholic".
****
Second i know from previous records the Trinity was never Canon:Catechism of VatiCanus Hill until 1004 AD when the ranks fled in persecution and terror of the leaders who declared they needed a Trinity and Wanted to kill the planet in all directions, with the surviving scholars as tended to happen hiding in mountain valleys away from marching paths, with the truthful defender of those the faith was stolen from producing Protestants and Swabian, etc. Some the myths on the internet about an “Apostle's Creed” point to an event circa 150 AD ?something happened?, then without explanation jump decades and century forward to 3rd Century Roman VatiCanus Hill with probably a tin metal symbol argument for some reason here with solid rational or cited factual basis i can grasp, “as in, yeah then “something” = ‘Traditional Lie’ of this time happened {?1500 AD?}, but then here is where they seem to start using it”....you know nearly when or about the invention of “St JeRome” and the False Flag wars of 327 AD Rome on ChiaRho Labarum in misplaced allusions of Patriotic Service

Page 215 - I know thy works: behold, I have set before thee an open door, and no man can shut it: for thou hast a little strength, and hast kept my word, and hast not denied my name.
Appears in 861 books from 1660-2008
Page 66 - Now I say, that the heir, as long as he is a child, differeth nothing from a servant, though he be lord of all ; but is under tutors and governors until the time appointed of the father.
Appears in 891 books from 1736-2008
More
Page 285 - Thou shalt not oppress an hired servant that is poor and needy, whether he be of thy brethren, or of thy strangers that are in thy land within thy gates: at his day thou shalt give him his hire, neither shall the sun go down upon it; for he is poor, and setteth his heart upon it: lest he cry against thee unto the Lord, and it be sin unto thee.
Appears in 742 books from 1748-2008
Page 142 - See that ye refuse not him that speaketh : for if they escaped not who refused him that spake on earth, much more shall not we escape, if we turn away from him that speaketh from heaven...
Appears in 1289 books from 1689-2008
Page 250 - Then will I sprinkle clean water upon you, and ye shall be clean ; from all your filthiness, and from all your idols will I cleanse you. A new heart also will I give you, and a new spirit will I put within you ; and I will take away the stony heart out of your flesh, and I will give you an heart of flesh. And I will put my spirit within you, and cause you to walk in my statutes, and ye shall keep my judgments and do them.
Appears in 863 books from 1802-2008
Page 141 - Watch therefore, for ye know not what hour your Lord doth come. But know this, that if the good man of the house had known in what watch the thief would come, he would have watched, and would not have suffered his house to be broken up. Therefore be ye also ready ; for in such an hour, as ye think not, the Son of man cometh.
Appears in 793 books from 1704-2008
Page 145 - For the grave cannot praise thee, death cannot celebrate thee: They that go down into the pit cannot hope for thy truth. The living, the living, he shall praise thee, as I do this day: The father to the children shall make known thy truth.
Appears in 864 books from 1611-2008
Page 322 - Brethren, if any of you do err from the truth, and one convert him ; let him know that he which converteth the sinner from the error of his way shall save a soul from death, and shall hide a multitude of sins.
Appears in 882 books from 1660-2008
Page 286 - Behold, the hire of the labourers who have reaped down your fields, which is of you kept back by fraud, crieth : and the cries of them which have reaped are entered into the ears of the Lord of Sabaoth.
Appears in 940 books from 1660-2008
Page 71 - Mine eyes shall be upon the faithful of the land, that they may dwell with me: he that walketh in a perfect way, he shall serve me. He that worketh deceit shall not dwell within my house: he that telleth lies shall not tarry in my sight.
Appears in 709 books from 1699-2008
Less 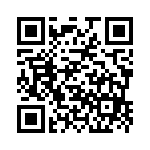