The Liberated Bride is the first book by Israeli writer A.B. Yehoshua which I have read. It is very…. mundane? (if that is right word) in the way it follows the everyday life of Yochanan Rivlin, a ... Read full review

I have to agree in some ways with labfs39's review. I'm not sure I saw the point of the book. I only finished it because it was given to me by someone whom I am currently head over heels about and I ... Read full review

A. B. YEHOSHUA is the author of numerous novels, including Mr. Mani, Five Seasons, The Liberated Bride , and A Woman in Jerusalem . His work has been translated into twenty-eight languages, and he has received many awards worldwide, including the Los Angeles Times Book Prize and the National Jewish Book Award. He lives in Tel Aviv, Israel. An author, journalist, and internationally reknowned, awarding-winning translator, Hillel Halkin has translated several novels from Hebrew into English. 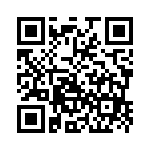