Page 14
LXXI. communicable name Jehovah, to denote the tnree superior splendours, viz.
jod, he, vau ; and the second he, or the last letter, denoted according to them, the
two natures of the second splendour, or person. 3.) The ancient Jews wrote the ...
Page 292
Many persons who aro really Christians decline at times from holiness of life so
greatly, and so long, as to excite not only the sneers and contempt, but the just
censures also, of those who are not Christians ; and the extreme regret, and the ...
Page 503
For the very same reason profane persons, and other sinners, hate the company
of religious men ; because their character and conduct are a direct contrast to
their own, and hold them out in a strong light of unworthiness and debasement.

28 other sections not shown 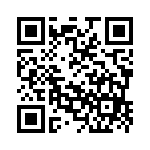